Almost a month ago I released Soundrs. For me it was the most successful release of an app made by me ever. And it has been a busy month, but also pretty excited. That’s why I would liked to take some time to analyse how has been this experience and share it with everybody interested on it.

If you don’t know what I’m talking about, check the app’s website and this post from the release day.

Reid Hoffman once said: “If You’re Not Embarrassed By The First Version Of Your Product, You’ve Launched Too Late”. We can be more or less agree with him, but this sentences have been around for a while for a reason.

Reading between the lines this sentence is insinuating this old entrepreneur mantra, “Launch fast, fail fast”. And it has all the sense of the world, because if you don’t launch fast enough the risks are various.

Normally I saw that sentence with suspicion. Because yeah, it’s important to know what exactly the users want, but it’s also important to have a nice and functional app, otherwise the user won’t install it. And thought was the main reason for me to delay more than 6 months the launch of Soundrs. For me it was never good enough. But I couldn’t delay it more, it was already a matter of common sense.

How was the release

Even when I mostly work in the app on weekends, I released it officially a Tuesday. There was no special reason for that. I just felt that the app was ready and I was a bit sick of being working in the app to never reach a production level.

The result of this release can be considered a success or not. It depends of the interpretation. For me it was a complete success for 3 reasons:

If you are use to deal with thousand of users, those numbers can seem ridiculous. But until then I was used to work only with a maximum of 4 or 5 users in my side projects. But this time was different. And personally, the best thing during the process was that I learned a lot. I had many mistakes and I realised afterwards all those mistakes. But life is a process of try and error.

With my next public release I will do many different thing. And even then I’m sure I will made many mistakes and learn a lot in the process. That’s the cool thing with side projects.

But coming back to Mr. Hoffman’s sentence. I would say yes, he is right. But what I learned during this month is the backside of this affirmation.

Users can be cruel sometimes.

I could understand that, if you pay for something, and don’t get what you expected, you feel angry, disappointed, scammed. And you want to complain, because is free. I would be the first to complain in that case. But, for a free app, really new, with some errors, I have got a few comments that had let me a face like 🤨

The app had some errors in some phones that I couldn’t catch before the release so, a few days after, there were many people complaining about it.

I like to make apps to help people, to make people enjoy. And Soundrs is all about joy. But see all that people not only not enjoying but kind of disappointed was a bit hard at the beginning.

With the pass of the days I was starting to be use to the situation. 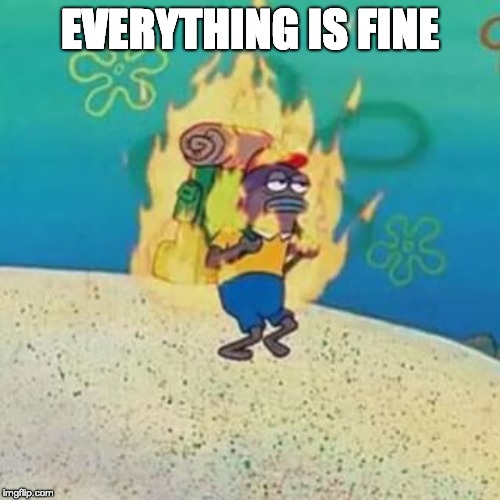 Now I just understand that this is a long way and my goal should be to fix all the problems with the help of the crash reports and the collaboration of the users so the version 2.0.0 will bright and be ready for a higher amount of happy users.

Do you like numbers? Here some of the number in the first month of public use.

Of course, the first month number are always spectacular. It’s my job to maintain this number for the next months.

In addition to the problems reported by the users, I could check how is to have more than 300 daily active users requesting to the server. An average of 8k requests (you don’t see the pixel with 8K) per day made that I should upgrade my plan twice in my serverless provider. That made me think about save some money. It’s a side project, I learn and I feel many things with it, but my wallet has a limit that I prefer not to reach. Because of this, my focus now is to somehow decrease the number of request or the monthly bill.

Contrary to what I said in this article <url>, right now my plan for the coming weeks/months is to fix as much detected errors as possible. But also include some features, texts and processes needed. And I won’t also forget about all the request that the users has done, because most of them are in tune with what I want for the app and how I see it in the future.

The final goal is to bring a version 2.0.0 at some point in sumer. (Wow, I wrote that. Now I start to feel a bit like Elon Musk)

This is a process. It was a process before the release and it’s a process now more than ever. Users will complain, will uninstall, but I only have 2 hands and a strong idea. I will need patience and work hard. But I’m pretty sure that everything grow from this first month

A random joke to finish: